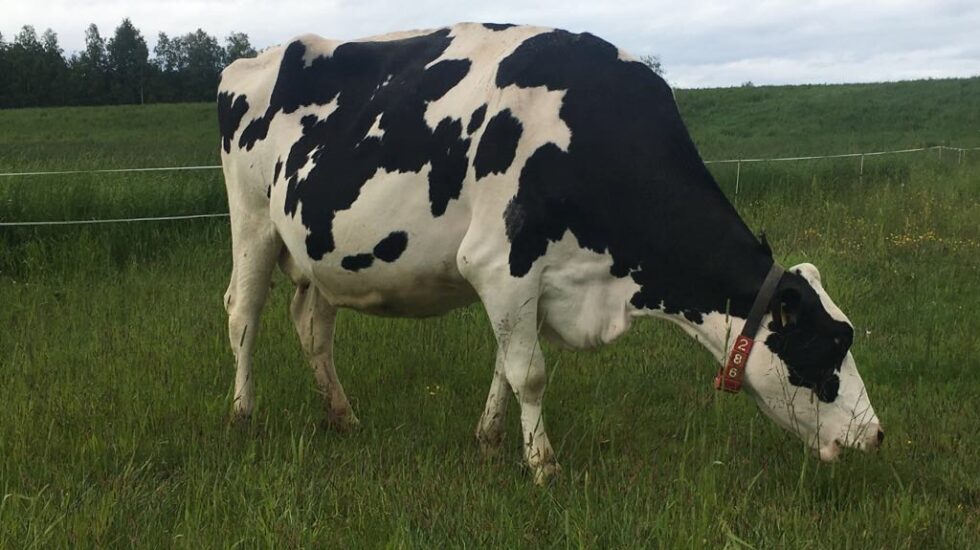 Foreign bodies in cattle feed are a serious problem, and the extent of the issue has only really become clear over the last few years. This year, the Bioeconomy Innovation Award established by Mtech Digital Solutions Oy is seeking innovations to reduce the number of foreign bodies making their way into cattle feed.

Farmer Jani Kivilahti from the Päivölä farm in Jämsä believes that cans and other foreign bodies that end up in in feed are a much bigger problem than many could have imagined. He also has personal experience with the problem.

“We’ve lost five or six cows to cans over the years. I can hardly bear to think about it.”

Cans are shredded as feed is made

The foreign body problem varies by region. Farms whose fields border on to roads are at the most risk. Cans thrown onto the side of the road easily make their way into the fields, where they are shredded and end up in cattle feed as the feed is made.

The problem is not constantly present, even on dairy farms whose location puts them in the risk group. But when the problem does arise, the consequences can be dire. Cans and other foreign bodies, such as shards of glass and plastic, cause the cows serious internal injuries and other health problems.

“You don’t find the foreign bodies every day, every week or even every month, but there are always a few every year. Every time is one time too many,” says Kivilahti.

Pieces of shredded can were found in two of Kivilahti’s cows at slaughter, after Kivilahti had instructed the slaughterer to inspect the corpse more closely than usual. At least three cows have died or have had to be euthanized on the farm.

It is not always possible to ascertain the cause of death with certainty. Kivilahti says that sometimes the feed contains pieces of can that are even visible to the naked eye. All of the cows’ symptoms were similar: refusal to eat, decreased body temperature, pale mucuous membranes, and an arched back.

“You can see that they’re in pain and naturally the output is drastically reduced or stops completely,” says Kivilahti.

For some cows, problems don’t begin until pregnancy

It is not unheard of for a piece of metal to be ingested by a cow and only cause serious problems when pregnancy ocurs. Kivilahti’s cow Janette had displayed symptoms for over a year, but they only took a serious turn during pregnancy.

“During the pregnancy the calf began to press on a piece of trapped metal. In the end, both the mother and calf died.”

Kivilahti says that the biggest problem are cans brought from abroad which cannot be recycled to redeem a deposit. But not even cans that can be recycled for a deposit can be discounted, as they too have been found in the feeding area at Päivölä farm.

Mtech Digital Solutions Oy, which provides digital solutions for the bioeconomy, is familiar with the foreign body problem. A survey carried out by Mtech in summer 2017 showed that large numbers of cattle die or become ill in Finland because of discarded beverage cans.

Now Mtech is joining the fight against littering and foreign bodies in feed.

The company has set up the Bioeconomy Innovation Award, which it aims to present annually in search of innovations. This year, the theme is foreign bodies in feed.

Do you have any suggestions on how to tackle the foreign body problem?

This year’s Bioeconomy Innovation Award is seeking innovations which prevent or reduce the number of foreign bodies which end up in cattle feed.  In addition to the foreign body problem, Mtech wishes to increase awareness of littering in nature and of the problems it causes for animals.

The Bioeconomy Innovation Award is open to everyone and individuals and groups are welcome to participate. This year, the award is set at 3,000 euros.

The award application period is already under way and will end on 1 March 2018. Participants are requested to submit their proposals in a digital format.

The award winner(s) will be announced in summer 2018 – on the same day that the cattle at the Viikki research farm are let out to pasture.